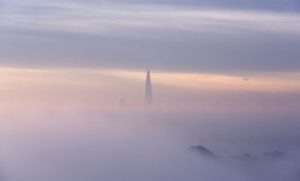 This article attempts to highlight the issue that is caused by air pollution in the City of London, specifically its effects on school children. The main headline  reports that nearly every school (98%) within the limits of the city is within toxic air conditions, compared to only 25% outside the city.

I chose it as it provided an interesting insight into the problem of air pollution in urban areas.

Who is telling this story/is it a news story?

The story is written by the BBC which I consider to be a reputable source and the main place from which I get my information. The story itself is based upon data mostly sourced in 2019 when a child died from air pollution, making the actual main body of data fairly old. However, the data is fairly well sourced, with links to further reading from the appropriate time.

The main part of the story does concern new rulings made by Sadiq Khan far more recently about expanding the ultra-low emissions zone which makes this update a news story.

Who is this news story for?

This news story appears to be mainly aimed towards Londoners, informing them of what is happening within their city. However, with the additional information on how air pollution can affect cities, it can be seen as cautionary advice towards the rest of the UK too.

Is this news story balanced?

The news story appears to be fairly well balanced, leaning towards stating a small number of facts and quoting leading figures. However, while it does provide a useful bit of background information, it lacks a more detailed dive into the issue which could be more informative, such as maps of the current London air quality, or sources/interviews with health experts or more people affected by the event.

What is this story trying to achieve?

This story, as stated earlier, appears to be attempting to maintain interest in a story by giving the latest update on a longer on-going storyline. As such, it gives only the minimal information needed to generate a view and keep the thought in peoples head. For this it does a good job, however if wanted to be more ambitious, a great deal more information could have been added to keep the story more informative/engaging.

What do you think of this story? Do you agree with Theo’s analysis? Have a go yourself with the three news stories of the week that he has chosen and use our question cards to help you.