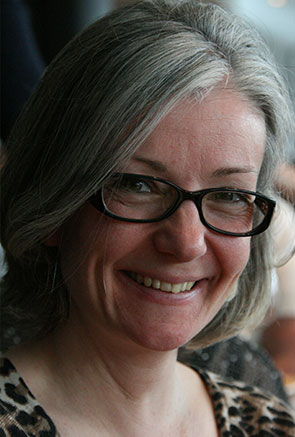 Charlotte was fiercely proud of being a journalist and considered it her highest achievement. She often said that what she enjoyed most was reporting the news to the world first. She joined Reuters – as it was then – as a graduate trainee in 1990. In her early career Charlotte, a fluent German and Italian speaker, worked in Bonn, Milan and Frankfurt before returning to London in 2001 as head of the foreign exchange desk. In January 2005 she was posted to Mumbai as Bureau Chief, a role she held until after the Mumbai attacks of 2008. She moved to Tokyo in 2009 as head of the Markets team covering foreign exchange, stocks and bonds.

Her final role was as Learning Editor for EMEA with responsibility, amongst other things, for running the graduate trainee scheme, a role that she loved and at which she excelled. Charlotte was passionate about passing on the highest ethical standards that underline the best reporting and the very best journalism. She was committed to increasing diversity in the newsroom and was always looking for new ways to do so.

Simon Robinson, Editor EMEA for Thomson Reuters said: “Charlotte was a wonderful colleague and a dear friend to many of us. She was smart, vivacious and a delight to be around. She was also a great journalist. Over the past few years she put those skills to brilliant use, training everyone from our youngest reporters to some of our most seasoned pros. She did it all with good grace and an easy smile. Little wonder that she was one of the best-loved members of the newsroom and the Reuters family. I will miss her counsel and good humour. We will all miss her dearly.”