Dozens of COVID testing providers to be removed from GOV.UK list after review

Dozens of COVID testing providers to be removed from GOV.UK list after review 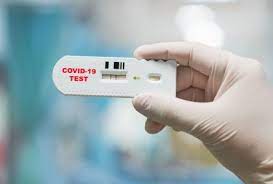 This article talks about how certain companies providing day 2 and day 8 tests for people arriving to the UK from overseas will be removed from the GOV.UK lists since they had been advertising misleading low prices. I chose this article since it brought to light the misleading information about testing.

Who is telling the story?

The story was published by Sky News which is a fairly reputable company. They have published other articles regarding politics and COVID-19 and are normally quite reliable.

Did this really happen?

The news story provides quotes from real people, such as Sajid Javid, the Secretary of Health and Social Care. It also provides statistics about reported cases from Public Health England, last updated on the 22nd of August meaning that they are relevant.

Is the news story unbiased?

The news story uses neutral language, although only uses one view point on the situation. However, I don’t think that the story would change too much even if different viewpoints had been included.

Is the news story presenting facts or opinion?

The news story is presenting facts since the tone is neutral and the journalist presents statistics and quotes to report on the story.

What do you think of this story? Do you agree with Izzy’’s analysis? Have a go yourself with the three news stories of the week that she has chosen and use our question cards to help you.